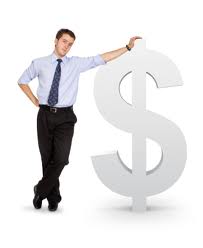 The ruling coalition agreed on the draft government manifesto. The key issues include stabilization of public finances, improving the business environment, and reform of education and the judiciary. The preferential 10% VAT on books and drugs will remain in place. The so-called super-gross wage will be introduced, and bases for payment of income and payroll taxes will be united.

Sickness and unemployment insurance will not be made voluntary anytime soon. Levies for the second pension pillar will remain as they are. Strategic investors will be allowed to enter freight railway forwarder Cargo, as well as Bratislava airport. More focus will be put on e-procurement, and all contracts with the state will be made public. The highway to Kosice will not be completed till 2014.

2) Slovakia grew the fastest in the EU

3) Popularity of the internet sales is growing

Internet stores are experiencing one of the best years in their history. Their orders and sales grew at double-digit pace. Mall.sk, for instance, recorded a 60.6% growth of sales on the annual basis in 1H of 2010. In the frst six months of this year Slovaks spent almost €36m through the internet. According to data published by the Slovak association for electronic commerce the sales of the biggest players grew by a quarter and orders by 70%. However, the average value of orders dropped from €166 to €125.

According to a wage poll merces.sk conducted over the past 12 months, the average wage in Slovakia’s economy is €773. The median value for the whole economy is €700, however. According to current data from the poll, 55% of employees in Slovakia do not make an average wage, informed the company Proffesia. In some segments, i.e. banking or real estate, the difference between the average wage and the median wage is as much as 16%, which is almost €130.

5) EU car production is waking up

In 1Q of 2010 in the EU27 member states a total of 4.37m vehicles were produced according to the European Automobile Manufacturers’ Association. Of them, 3.96m were cars (+33.7% y/y). Yet compared to 1Q of 2008, it is still 13% lower. In Slovakia carmakers VW, PSA Peugeot Citroën, and Kia Motors produced 136,000 vehicles in 1Q, which was 40% up y/y. This year the production of cars in the country should slightly exceed the 0.5m level. With its 1Q car output Slovakia ranked eighth right behind Italy, which made just 9,000 cars more.

6) Confidence in our economy

Confidence of Slovak companies and consumers in the economy slightly grew in June, and was growing for the 13th month in a row. In June the indicator increased to 91.1 percentage points from 90.5 points in May. The results in June were influenced by improved confidence in all of the indicator’s elements, informed the statistics office SU. The confidence in the economy reached its bottom levels in May last year and currently keeps at its highest levels since October 2008.

No other region in the world creates such favorable conditions for investors as the Central and Eastern European states, according to the World Bank’s overview “Investing across Borders”, in which it evaluated the investment climate in 87 countries for the first time.

In spite of a notable growth the Slovak public debt was the seventh lowest in the EU at the end of last year. The public administration’s debt grew €4bn last year from 27.7% of GDP in 2008 to 35.7% of GDP at the end of 2009. The EU countries saw their public debts rise by 12 points to 73.6% of GDP on average last year.